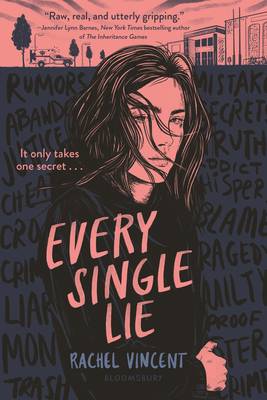 In this gripping YA thriller, a teenage girl's shocking discovery reveals that everyone in her life is lying to her-and if she doesn't figure out the truth, she might be the one to pay the price.

Nobody in sixteen-year-old Beckett's life seems to be telling the whole story. Her boyfriend Jake keeps hiding texts, which could mean he's cheating on her. Her father lied about losing his job and so much more before his shocking death. And everyone in school seems to be whispering about her and her family behind her back. But none of that compares to the day Beckett finds the body of a newborn baby in a gym bag-Jake's gym bag-on the floor of her high school locker room. As word leaks out, rumors that Beckett's the mother take off like wildfire in a town all too ready to believe the worst of her. Beckett soon finds herself facing increasingly dangerous threats and accusations. Nobody believes her side of the story, and as the police investigation unfolds, she discovers that everyone has a secret to hide and the truth could alter everything she thought she knew. A page-turning thriller set in a small Southern community, Every Single Lie is a jaw-dropping, twisty must-read for fans of Sadie.