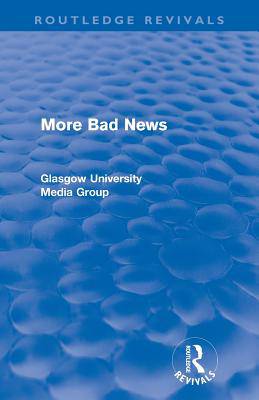 First published in 1980, More Bad News is the Second Volume in the research findings of the Glasgow University Media Group. It develops the analytic findings and methods of the first volume Bad News through a series of Case Studies of Television News Coverage, and argues that much of what passes as balanced and factual news reporting is produced from a highly partial viewpoint.

Focusing on the British economy in crisis, and its thematic linkage with the Social Contract during the first four months of 1975, the book deals with three main levels of activity: the story, the language and the visuals. As the book unpacks each level of routine news coverage a picture emerges which has the surface appearance of neutrality and balance but is in fact highly partial and restricted